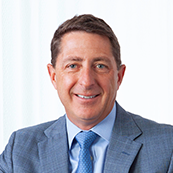 Mr. Hannasch was appointed President and Chief Executive Officer of Alimentation Couche-Tard in 2014, and served as Chief Operating Officer 2010 to 2014.

Mr. Hannasch was Vice President of Operations for Bigfoot Food Stores LLC, a 225-unit convenience store chain in the U.S. Midwest acquired by Alimentation Couche‑Tard in 2001, from 2000 to 2001. Prior to that, he was at BP Amoco from 1989 to 2000, and held various positions of increasing responsibility including Vice-President of Marketing for the U.S. Midwest Business Unit.

In 2022, Mr. Hannasch was inducted into the Convenience Store News Hall of Fame. Mr. Hannasch was named 2021 Retail Leader of the Year by Winsight Media and 2019 Retailer Executive of the Year by Convenience Store News’ blue-chip panel of c-store industry leaders. He was also named CEO of the year by The Globe and Mail in 2016 and has been a member of the board of directors of the Association for Convenience & Fuel Retailing (NACS) since 2016 and a member of the board of directors of AutoZone, Inc. since February 2022.

Mr. Hannasch lives in Columbus, Indiana, United States. He has a Master of Business Administration in marketing and finance from the University of Chicago and a Bachelor of Arts in finance from Iowa State University. 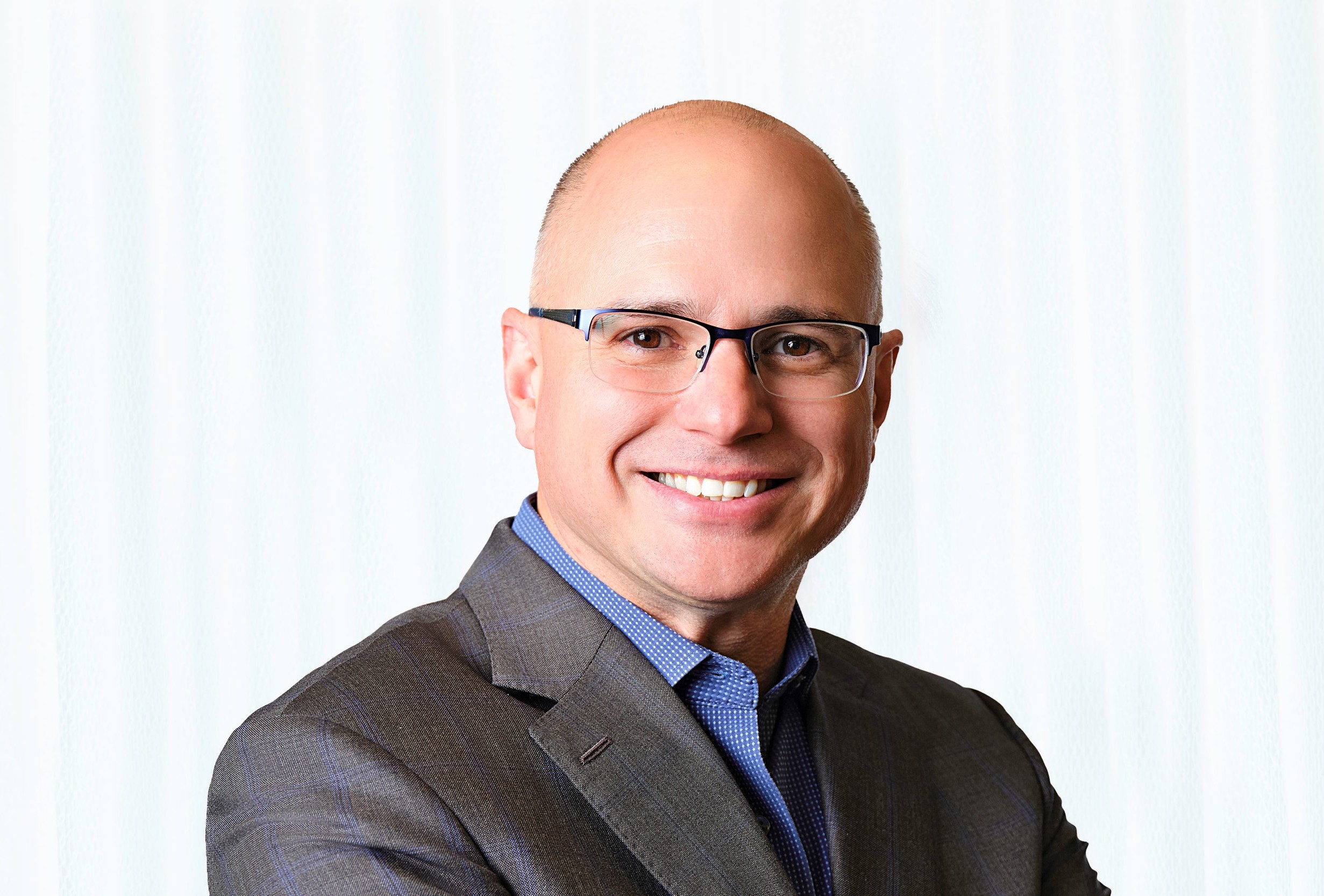 Mr. Dzadovsky was appointed Chief Technology Officer in April 2022. Previously, Mr. Dzadovsky served as Vice President of North America IT since January 2018. He has close to 20 years of experience in information technology.

Mr. Dzadovsky began his career with McDonald’s Pittsburgh region in 2000 as a crew member. After working 10 years in store operations, he moved to McDonald’s Chicago headquarters in 2011 as the Operations Restaurant Technology Senior Director. With a passion for people, he quickly became known for developing high performing teams of operations and technology experts. Mr. Dzadovsky held various leadership positions in the Information Technology organization, including Senior Director IT Delivery Global Digital Products, where he led McDonald’s digital transformation through innovative technology features.

Mr. Dzadovsky is an alum of the University of Pittsburgh where he earned a degree in Computer Science. 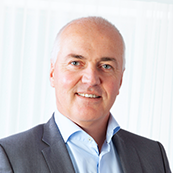 Mr. Høidahl joined Statoil Fuel & Retail ASA in 1992 and has held a variety of positions including director for customer service in Norway, manager for regional sales in Scandinavia, sales director for Norway, country manager for energy in Norway and Vice President for energy operations.

Mr. Høidahl holds a bachelor’s degree in economics from the Norwegian School of Management. 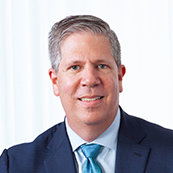 Mr. Lewis joined Alimentation Couche-Tard as Chief Marketing Officer in July 2017 and is responsible for marketing, merchandising and category development activities worldwide. Mr. Lewis has held multiple executive roles in digital and physical retail and technology companies across the globe. He previously held the position of Chief Marketing Officer at Total Wine & More. Previously, Mr. Lewis ran the digital, kiosk and subscription businesses while Senior Vice-President of Digital at Blockbuster Entertainment. From 2004 to 2008, Kevin was a member of the executive committee and Chief of Strategy and New Business for Philips Consumer Lifestyle, a division of Royal Philips Electronics. Earlier in his career, Mr. Lewis held multiple leadership positions during a ten-year career at the Boston Consulting Group focusing on CPG, retail and technology clients worldwide. Mr. Lewis holds a Bachelor’s degree in International Relations from Stanford University and an MBA (with Distinction) from INSEAD. 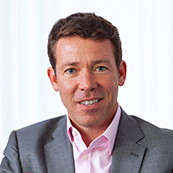 Prior to, he was with BP Plc. for 16 years in a variety of operational, supply, business development, and strategy roles in the US and Europe. 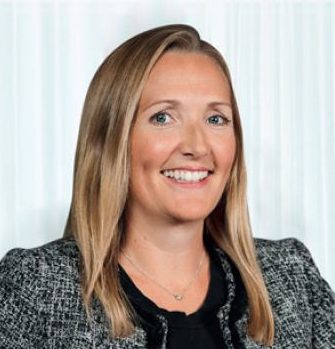 Ms. Strand holds the Chief People Officer position since April 2017. In this role she has oversight over Human Resources, Health Safety & Sustainability, Communications and Events. Ms. Strand was previously Senior Vice-President of Special Projects since 2014, working on many global projects, including the development and introduction of the new global Circle K brand.

Ms. Strand joined Statoil Retail Norway AS in 2003 as a People Development manager, and was later appointed Human Resources Director, Customer Offer Director and deputy Vice-President of Operations in Norway before she joined Statoil Fuel & Retail’s Executive leadership team as Executive Vice President of Market Development when the company was publicly listed October 1st, 2010. After the acquisition by Couche-Tard, Ms. Strand held the position of Senior Vice President of Sales and Marketing Europe until 2014. Prior to joining Statoil, Ms. Strand worked five years as analyst, consultant, and project manager at the Norwegian office of UK based PA Consulting Group.

Ms. Strand holds a Master of Science degree in industrial economics and technology management from the Norwegian University of Science and Technology (NTNU) in Trondheim. 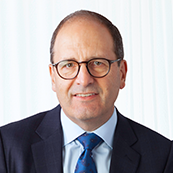 Mr. Tessier, CPA, joined Alimentation Couche-Tard as Chief Financial Officer on January 28, 2016. Prior to joining Couche-Tard, Mr. Tessier held the position of President of the IGA Operations Business Unit at Sobeys Inc. from 2012 to 2016 and was a member of Sobeys Inc. Executive Committee. Mr. Tessier joined the management team of Sobeys Quebec Inc. in 2003 as Senior Vice President, Finance & Strategic Planning. Mr. Tessier has spent most of his professional career in the Food industry after serving in several finance positions. Prior to his position with Sobeys Inc., Mr. Tessier gained more than 15 years of experience in senior financial leadership positions with Fly Furniture, Provigo and Costco, including in CFO and Vice President roles. He has also held management positions with Mallette International and PricewaterhouseCoopers (formerly Coopers & Lybrand).

Mr. Tessier holds a Bachelor of Accounting degree from the Université du Québec à Montréal (1986) and has been a member of the Canadian Institute of Chartered Accountants since 1987. 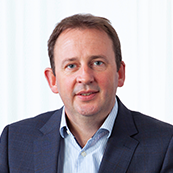 Mr. Anderton joined Topaz Energy Limited in Ireland as Chief Financial Officer in April 2015 and has held the position of Vice President of the Ireland business unit since its acquisition by Alimentation Couche-Tard in early 2016. 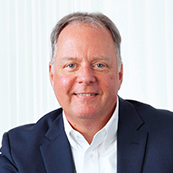 Prior to joining Circle K, Brian joined the Hess Corporation in 1988 and held various roles of increasing responsibility, including Retail Manager, Branded Retailer Representative, Division Manager, Florida, and Division Manager, Metro NY/NJ. He also held the role of Senior Vice President for Dattilo Petroleum from 2004 to 2005. Brian was employed by CVS Pharmacy as Region Manager, Texas/Oklahoma, from 2005 to 2012.

Brian obtained a B.S. Criminal Justice from The College of New Jersey and an MBA from Long Island University. 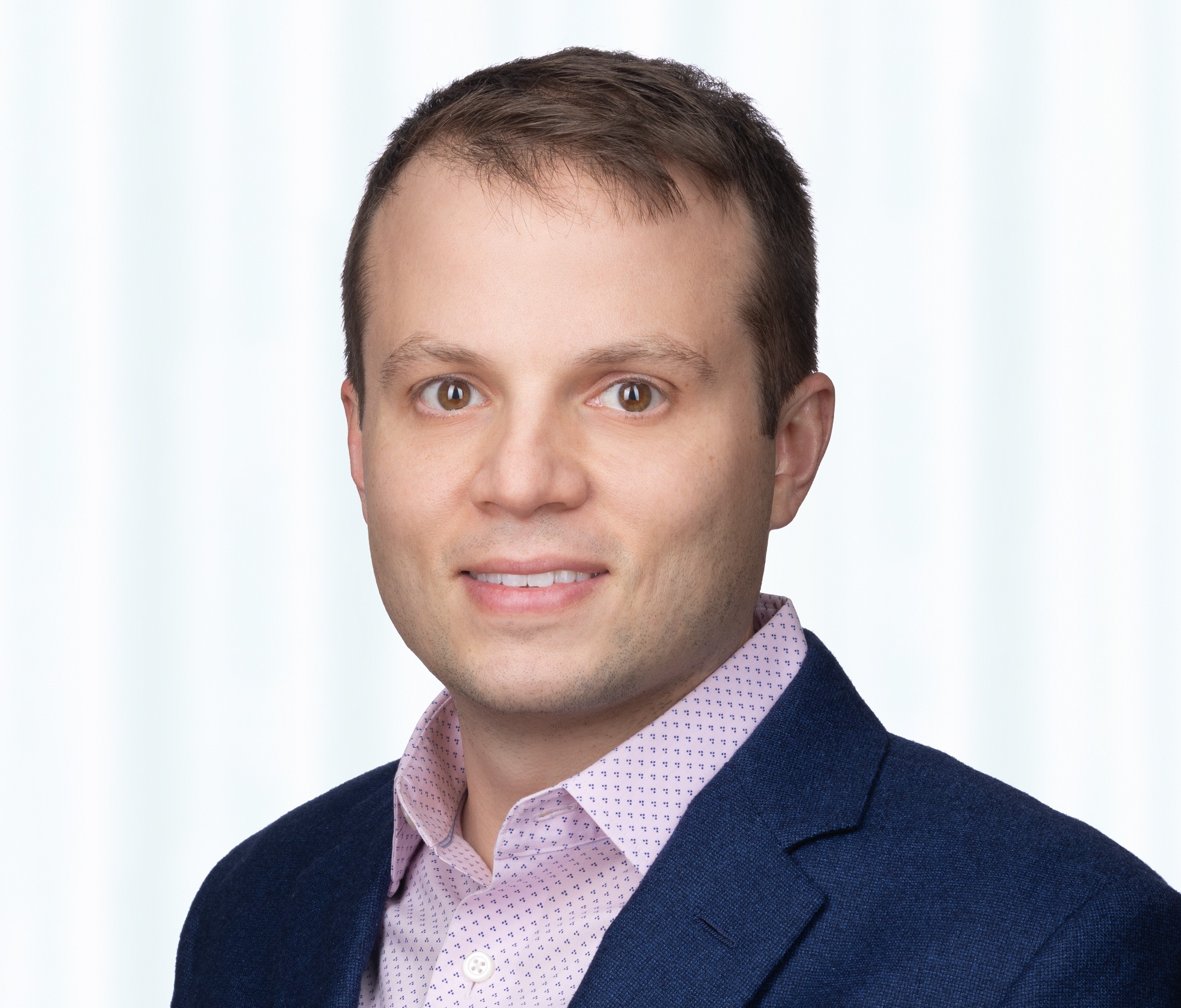 Mr. Brooks joined Couche-Tard in 2015 when it acquired Kangaroo Express, an affiliate of the Pantry Inc., where he held the position of Commercial Portfolio Manager.  Mr. Brooks began his career at KPMG Corporate Finance LLC where he focused on the disposition of assets for distressed companies and sell-side advisory.

Mr. Brooks holds a Bachelor of Arts (B.A.) in Economics and English from Colgate University in Hamilton New York.

Ms. Cunnington was appointed Senior Vice President, Global Shared Services, in January 1st, 2018, after holding the position of Vice President, Shared Services. North America, since February 2013. In this role, she has oversight for the Accounting and Information Technology services supporting all global sites.

She was formerly Vice-President Benchmarking and Administration from 2011 to 2013 and prior to that Director of Finance and IT, Midwest Shared Services. She has been with the Corporation since 2003 and has 18 years of experience in the convenience retail industry in various financial leadership positions.

She has a Bachelor of Science degree in Accounting from Indiana University and a Master’s degree in Business Administration from the University of Kentucky. She is a Certified Public Accountant and spent her early career in public accounting with the firm of Ernst & Young and as internal auditor for a global fortune 500 corporation. 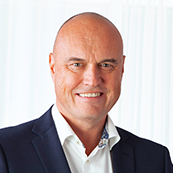 Mr. Madsen has been appointed Senior Vice President, Operations, in Spring 2019. He joined Couche-Tard in June 2012 when it acquired Statoil Fuel & Retail ASA and held the position of Executive Vice-President, Central & Eastern Europe, since October 1, 2010. He was formerly Vice President for country operations in Statoil Energy & Retail ASA, since 2007.

Mr. Madsen holds a Bachelor’s degree in Economics from the Copenhagen Business School. 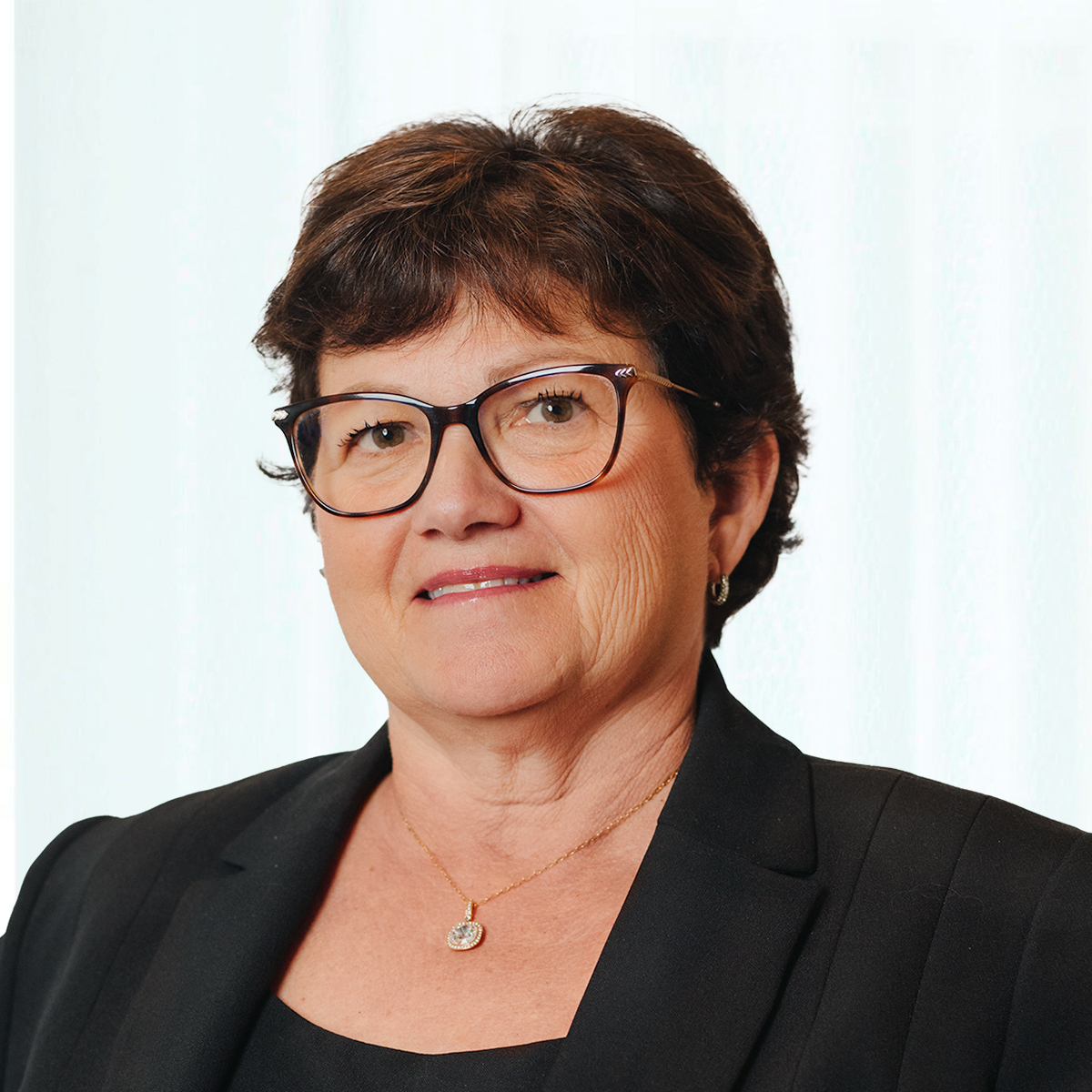 Prior to Couche-Tard, she held the position of Vice President, Financial Planning, at the Canadian National Railway, and Senior Vice President, Finance & Strategic Planning, at Sobeys. She also held various controller positions with Canadian National Railway Company from 2010 to 2015 and with Imperial Tobacco Canada Limited From 2000 to 2010. Ms. Poirier brings considerable knowledge in publicly held companies. She has over 30 years of experience within a broad set of roles in Financial Management, Supply Chain and Operations.

Ms. Poirier earned a Graduate Diploma in Accountancy and a Bachelor of Commerce degree in Accountancy, with Distinction, from Concordia University and is a Canadian CPA. She was also Audit Committee Chair of GURU Organic Energy Corp. from 2020 to 2022. 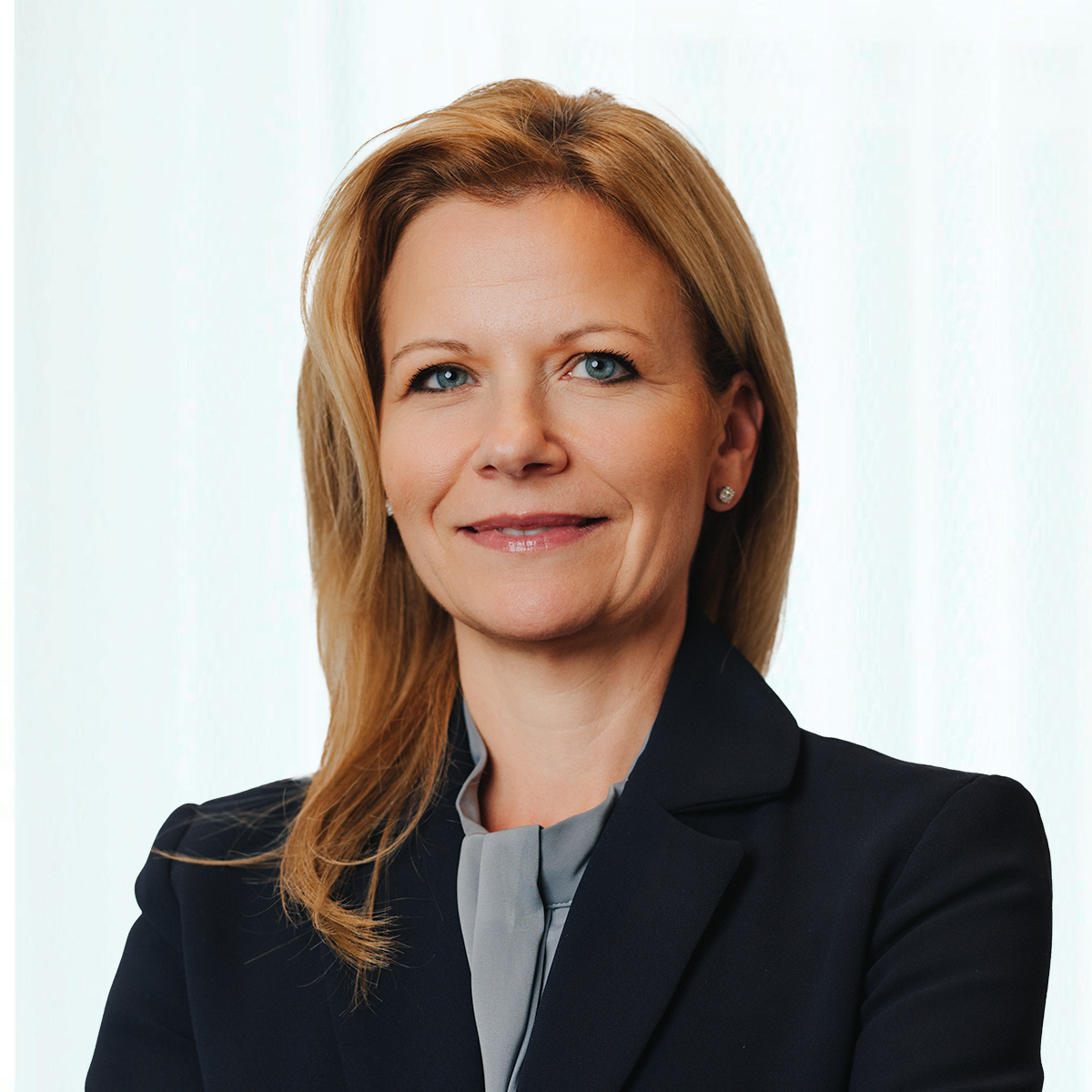 Ms. Provencher joined CST Brands in 2012 where she held various management roles, and where she was honored as one of the Top Women in Convenience in the Senior Leader category by Convenience Store News in 2016. She has 25 years of experience in marketing, sales, and operations in both consumer-packaged goods and retail and has held various management roles at Kraft Foods, Pepsi-QTG and L’Oréal Canada.

Ms. Provencher sits on the board of directors of the Dr Clown Foundation and is a member of the advisory Board of the Bensadoun School of Retail Management at McGill University in Montreal. She holds a Bachelor’s degree in Business Administration from HEC Montreal, with a specialty in Marketing and graduated from the Executive MBA program from McGill HEC in 2021. 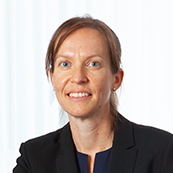 Ms. Warner joined Alimentation Couche-Tard as Senior Vice President, Global Fuels in January 2021. Prior to joining Couche-Tard, Ms. Warner was a member of the Caltex Australia (now Ampol) Executive team from 2016 to 2020 and held the positions of Chief Commercial Officer, and previously Executive General Manager of Fuels & Infrastructure.

In her 21-year tenure with Caltex Australia, she held a variety of operational, project and commercial roles, and was responsible for Australian and international operations in Singapore, New Zealand and the Philippines.

Ms. Warner holds a Bachelor’s degree in Chemical Engineering from the University of New South Wales in Sydney, Australia. 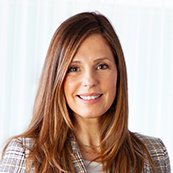 Ms. Zamuner has more than 22 years of experience in international and domestic mergers and acquisitions for public and private companies. She also has extensive experience and expertise in corporate and commercial law in the areas of securities, corporate governance and corporate finance.

Ms. Zamuner holds a Bachelor of Law degree from Laval University and an MBA from the John Molson School of Business (Concordia University). She is a member of the Quebec Bar.